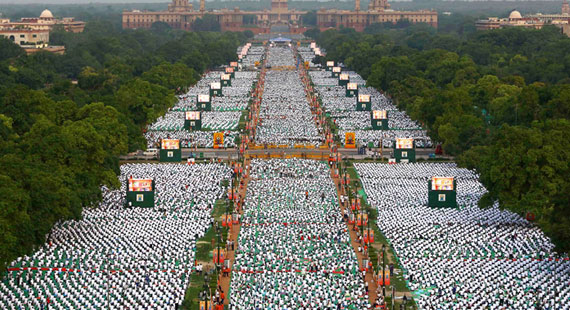 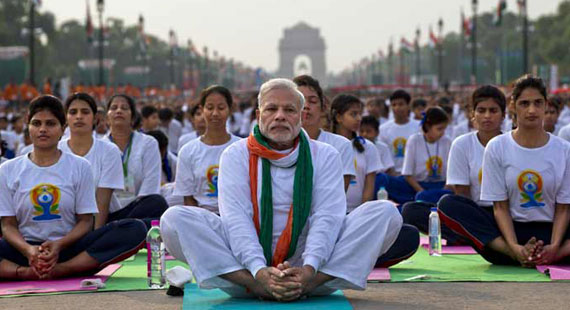 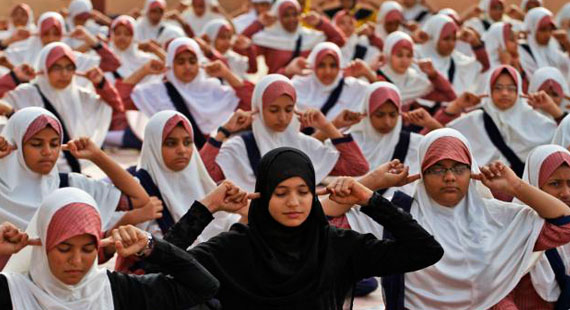 Yoga is an exercise and it is not related to any religion. People from all religion took part in the international yoga day.

The organisers have applied for the Guinness record for record breaking more than 37000 people took part in a yoga session at new New Delhi Rajpath.